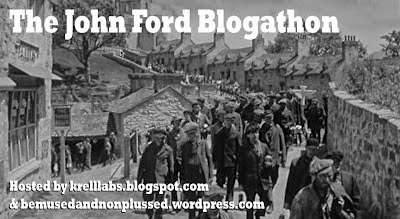 Superhero: A being with extraordinary physical or mental powers, far beyond the range of normal human ability, who uses these powers to protect the innocent and for the general good. 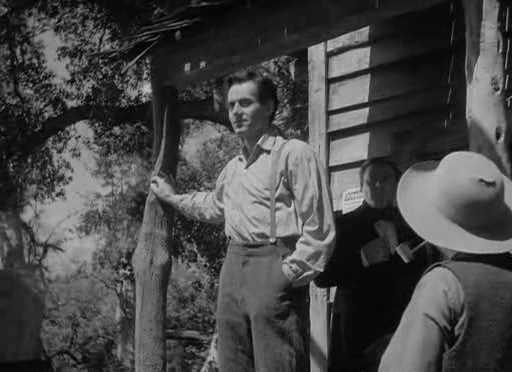 The idea of a superhero is connected to a level of selflessness and humility in their actions. They do whatever they can to make things right and try to improve the world in one way or another. People don’t always read superhero stories to connect to these people but they do give us a model in which to live our lives; to become exceptional and make ourselves better people. In the 30s cinema didn’t have the budget or the notion of putting those stories on screen, but they still existed in different forms. Our way of telling those stories changed from micro to macro and lost their way. Instead of humanism they’d go for the anti-heroes that muddied the lines of heroism and villainy. The notion of a superhero can be stretched to represent a person who does small things to improve lives or in this film’s case save them. By the above definition Abraham Lincoln is a superhero and what makes him all the more special is that he’s real. He doesn’t have super strength or can climb buildings, but the man was selfless and human in a way that connects with these ideas, and John Ford’s “origin” story about this man showcases the greatest strengths of both humanity and American ideas. 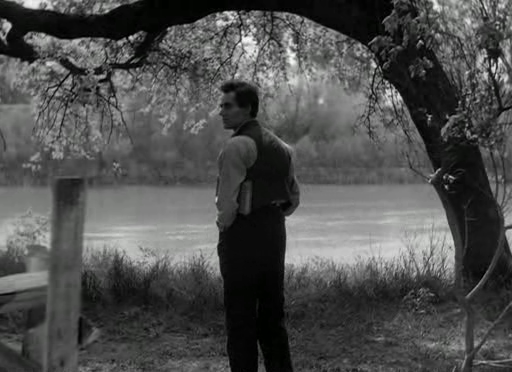 I’ve always felt that John Ford’s cinema comes the closest to representing the soul of America; sometimes it is a damning portrait and other times showcasing the best of what this nation offers. Lincoln falls into the latter category. The story finds our hero early into a law career. He already has a way with oratory skill and he seems like the perfect encapsulation of the American man. He eats pie, he cracks jokes, he splits wood, he’s intelligent and most importantly he has a good heart. The central conflict of Young Mr. Lincoln showcases that last trait. At a July 4th Celebration there is a brawl where one man is killed. Two brothers stand accused and their lives are immediately put in danger when the town wants to lynch them. Lincoln convinces the mob to settle down and let him handle the boys so he can have his first real case. Through the power of his words and the town’s adoration for this man they lay back and let Lincoln bring this case to trial. It’s a small moment but, he stood in the way of a conflict and prolonged the lives of innocents in a heroic way. 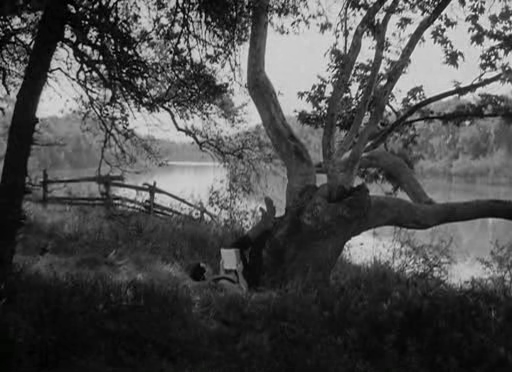 Ford also frames Lincoln in a heroically subtle way. He’s often in the center of the frame, standing taller than most which is in direct opposition to his humble attitudes. He may stand taller than everyone else, but he always gets down to their level. His framing tells the story of a man who is both a hero and a normal guy. My favourite shot in the movie shows Lincoln sitting peacefully by a tree reading a book. I infer that this is when he experiences the greatest joys in his life. He loves helping people, but he’s also a simple man of small joys. He isn’t the type of man who is impervious to pain or loss either though, and one of the best scenes in the movie is when he is mourning the loss of his first love Ann Rutledge. This moment damages him and the heart to heart scene at her grave is both serene and saddening. The way the small branch he sets beside her grave falls over is a window into his psyche. He’d never quite be the same man again. 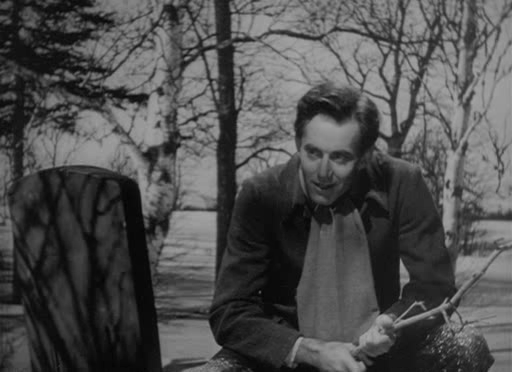 Like many stories of incredible beings this story also sees it’s hero stand tall at the end. He wins the case and saves the boys lives. I love the final moments of the picture. Ford would not have our hero walk off into the sunset. We all know the American history that would follow into Lincoln’s presidency, and he echoes that with powerful imagery. Lincoln walks off into the distance into the next chapter of his life, but it’s dark and there’s a storm on the horizon foreshadowing both the Civil War and his Assassination. It’s a perfect closing image that tells you everything you need to know about where things were headed. The film itself is a fantastic examination of a heroic figure, and maybe the greatest this nation has ever seen. It doesn’t go for the obvious narrative of the president who got us through the civil war, but instead it showed the character of the man whose leadership kept us from dying. 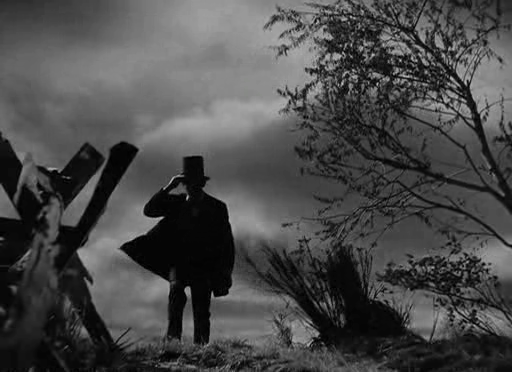