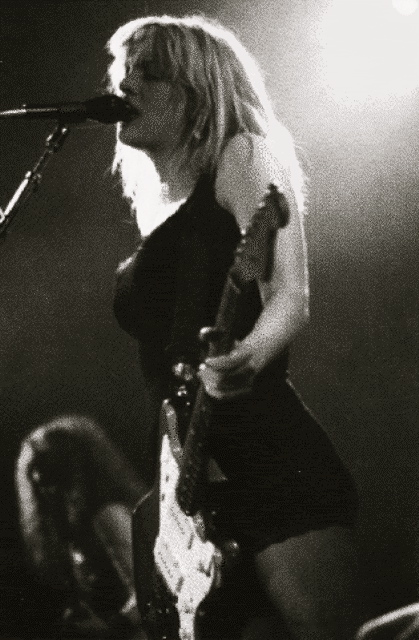 A young woman in a babydoll dress plucks away at a guitar shelved off from the world in her room while her parents are away. Her pain and hurt are burrowed deep inside of her, and she doesn’t know if her days will get any easier. The kids at school make fun of her for being different. Her hair is messy and she has no interest in the mindless jocks that snap her bra in the gym. She sits on the bleachers alone with a forged excuse in her mother’s hand writing so she doesn’t have to participate. She slides headphones out of her backpack and a journal. The album begins to play as she scribbles down poems of teenage angst.
And the sky was made of Amethyst
Everything starts in medias res. Live Through This drops you into Courtney Love’s world immediately with a single line that sets the tone for everything to come. A sky coloured deeply in violet, like a bruise after weeks of abuse that just won’t go away. It’s the blues coming from a woman in anguish and her feelings are splayed open for everyone to see. Her guttural screams that punctuate every moment of the song show a woman in pain. “Go on take everything, take everything, I want you to” becomes a rallying cry, a cathartic moment of release. When all you want to do in this world is fight back at all the pain that’s clouding over your life like a never ending storm a moment like the chorus of this song echoes powerfully and deeply. The song is an exercise in release from Love’s shouting vocals all the way down to the descending riffs that close the song. It doesn’t exactly end with everything being better, but the blunt power of pent up anger gives one a feeling of temporary ease. 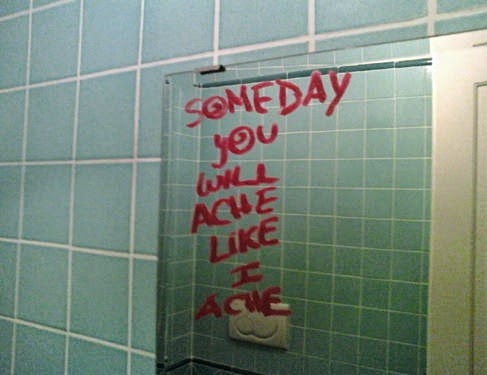 Live Through This is filled with misfit ballads. You hear songs on pop radio about girls who want to have fun, and those pining for romance, but you’ll find none of that here. It’s an album about those women on the fringes who don’t get songs written about them and all of them are aspects of Courtney Love. As much as she wants to distance herself from Riot Grrrl (she even criticizes RG on “Rock Star“) her lyrical themes fit with the premise of that movement. However, instead of telling girls to be strong she lets out a resounding cry that fragility is acceptable. This is most recognizable on “Doll Parts” when Love bellows with despair “Some day you will ache like I ache” and it stings. It feels true. In hindsight of just losing her partner it’s even more resonant. It’s bent over a church step, crying with endless grief. It’s an album of stark moments of her psyche. She’ll sing on “Plump” “They say I’m Plump, but I throw up all the time”, and it’s one of the more incisive moments on the entire album. She can’t win due to society and the eating disorder metaphor works for Love’s life. They want her to be a rockstar, they want her to be a good mom, they want her to be clean, they want her to be a role model, they want her to be the one who died instead of Kurt.
Underneath the pen of Courtney Love this album finds it’s strength, but the musical structure also captures the Loud-Soft dynamic of Pixies inspired Grunge at the time that fits these lyrics remarkably well. The majority of the songs on Live Through This start out softer in the verse letting Love’s voice coo and wrap around gentle drumming and plucky guitar chords then burst open for moments of intensity and distortion while Love screams. The real star of these instruments is Love’s emotive voice. Her band perfectly compliments everything she wants to do, but the affectations of her vocals create one of the finest vocal records of the 90s. She can display buzzsaw power in songs like “Violet” and delicate frustration on “Doll Parts” while showing Allison Wolfe a thing or two about bratty sarcasm in “Rock Star”. As much as I love the band here the show is her’s and it’s her statement of where she was in her life at the time, and it’s one of the definitive albums of the 90s. 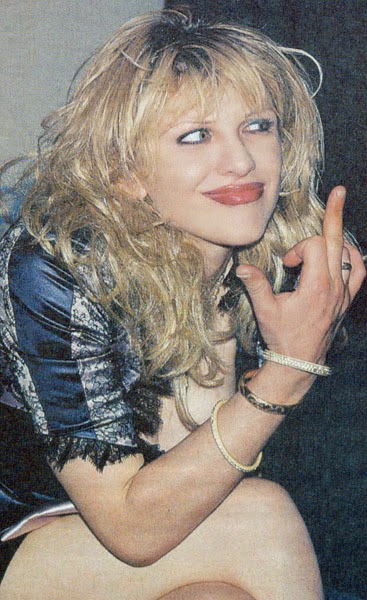 However, it’s a shame Live Through This will never be viewed that way. The elephant in the room is that Courtney Love has been dubbed the Yoko Ono of her generation by misogynists and fools alike. She’ll always live under the shadow of her martyred spouse. Cobain’s death and drug usage are fetishized by those who love dead rock stars, but Love was eerily like Kurt, and she’s hated for the same reasons Cobain is worshiped. If she were a man she’d be a god. She’d be the saviour of rock music and the last true rock star of her generation for her authenticity and lyrical prowess. Courtney Love isn’t a man though so she’ll be hated forever for “destroying” Nirvana. If we lived in a fair society Love’s vulnerability, lyrical openness, and uniqueness would be beloved, but we don’t, and those who love Courtney are always going to be in a position where they have to defend her. I love Courtney Love. Through all her problems and issues she’s always been a tremendous artist and Live Through This is an album I often go to when I need to know I’m not alone in feeling like I’m about to fall apart. I just wish I had been smart enough to realize all of this when I was sixteen when I needed it the most. She’s an icon in a babydoll dress, smeared make up and bad hair and I’ll love her and this album forever. 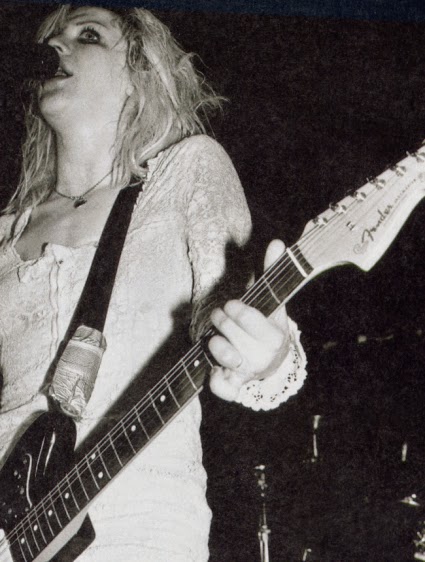