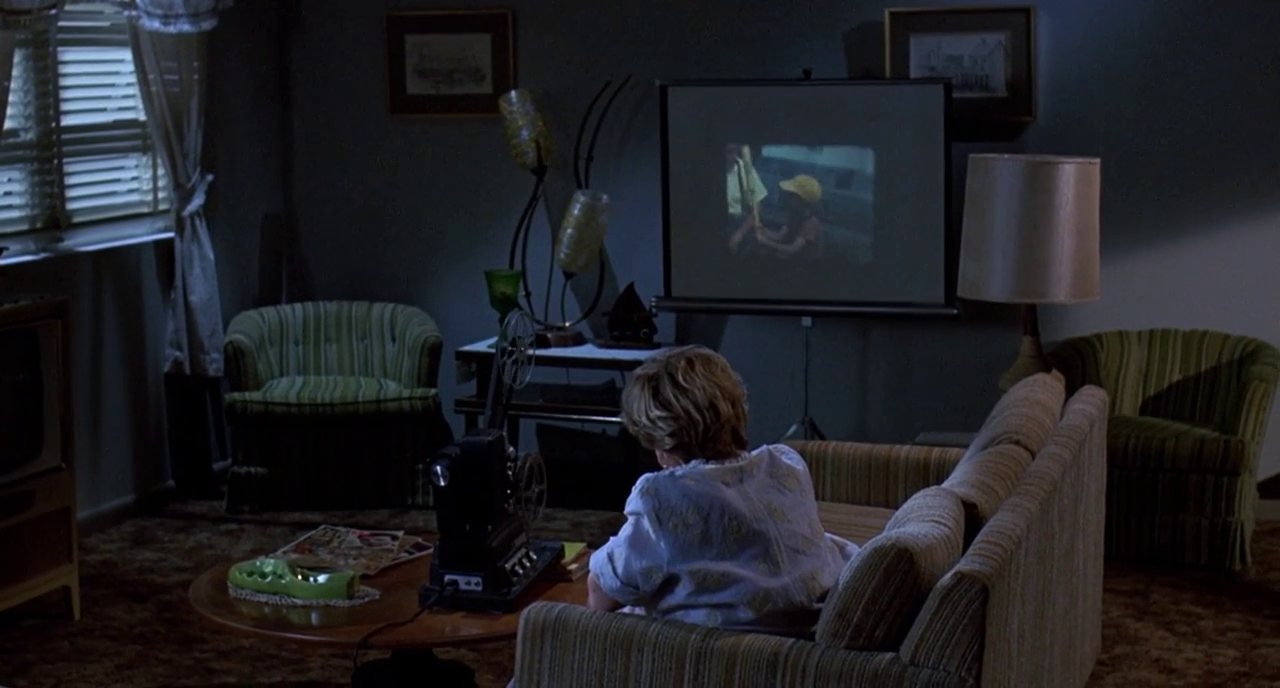 Joe Dante’s love letter to the power and joy found in cinema. There is one scene in particular that I keep thinking about today. After her husband has been sent off to potentially defend the United States (there’s criticism of the military industrial complex in here, like in most of Dante’s late work) a wife sits solitarily with the cinema she created herself. The home movies of her loved ones. These are possibly the only things she’ll have left since her husband could die any day in the wake of nuclear annihilation. The power of these images and those memories trapped in celluloid bring her to tears. Her son is framed in the background in shadow also feeling the weight of their current nuclear situation. It’s a scene of mournfulness and longing and is in direct contrast to the cinema as entertainment John Goodman’s scenes. It’s the versatility of these two examples that make Matinee work. Cinema can be anything and here it can be as close as you can get to those potentially lost or a half man-half ant nuclear terror making you scream, smile and laugh. It’s a beautiful sentiment. 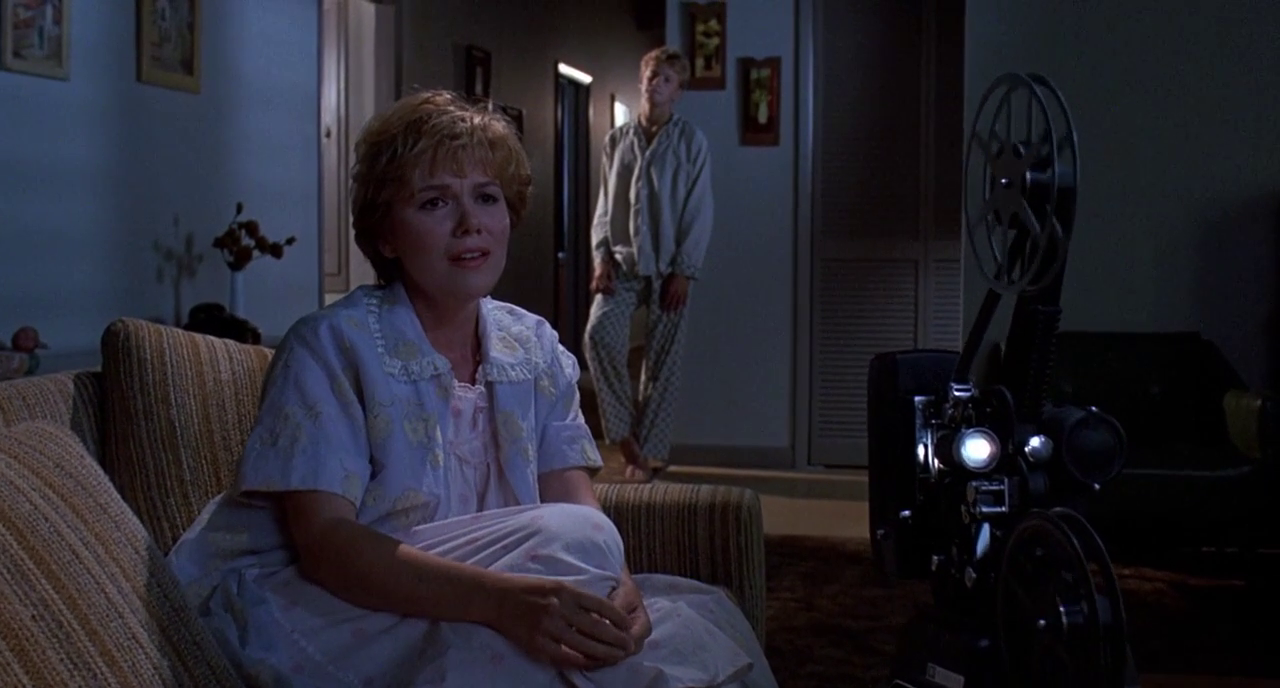 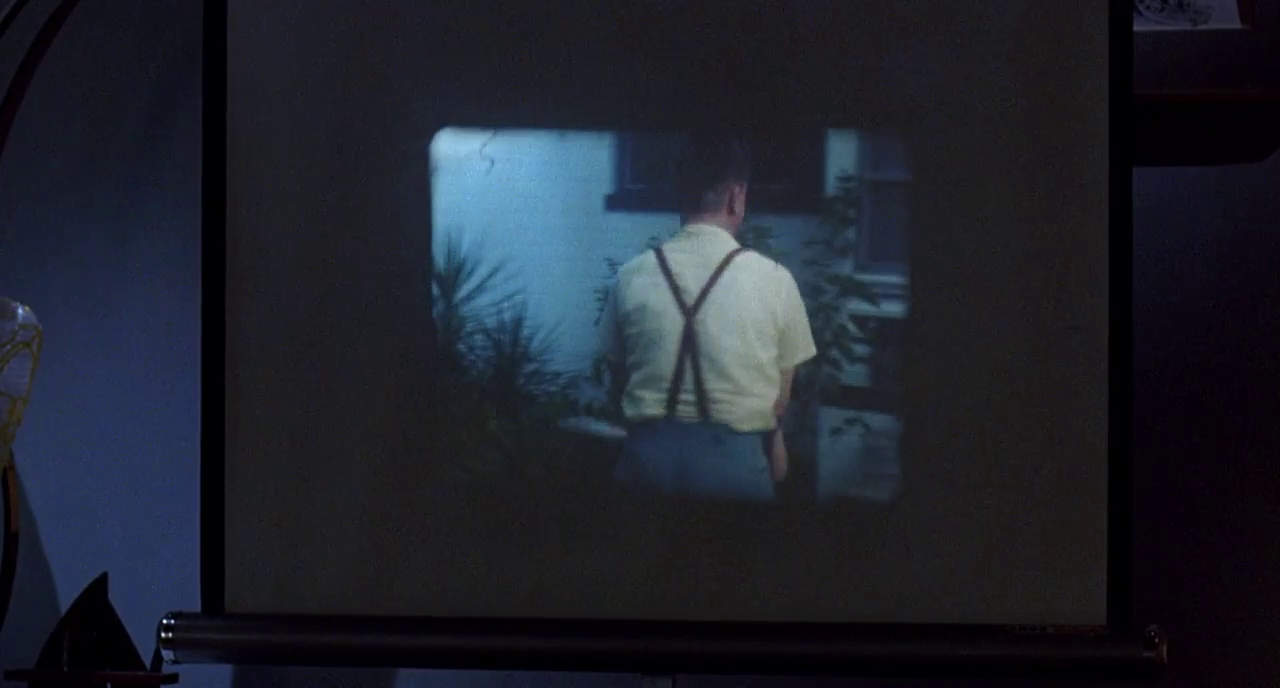 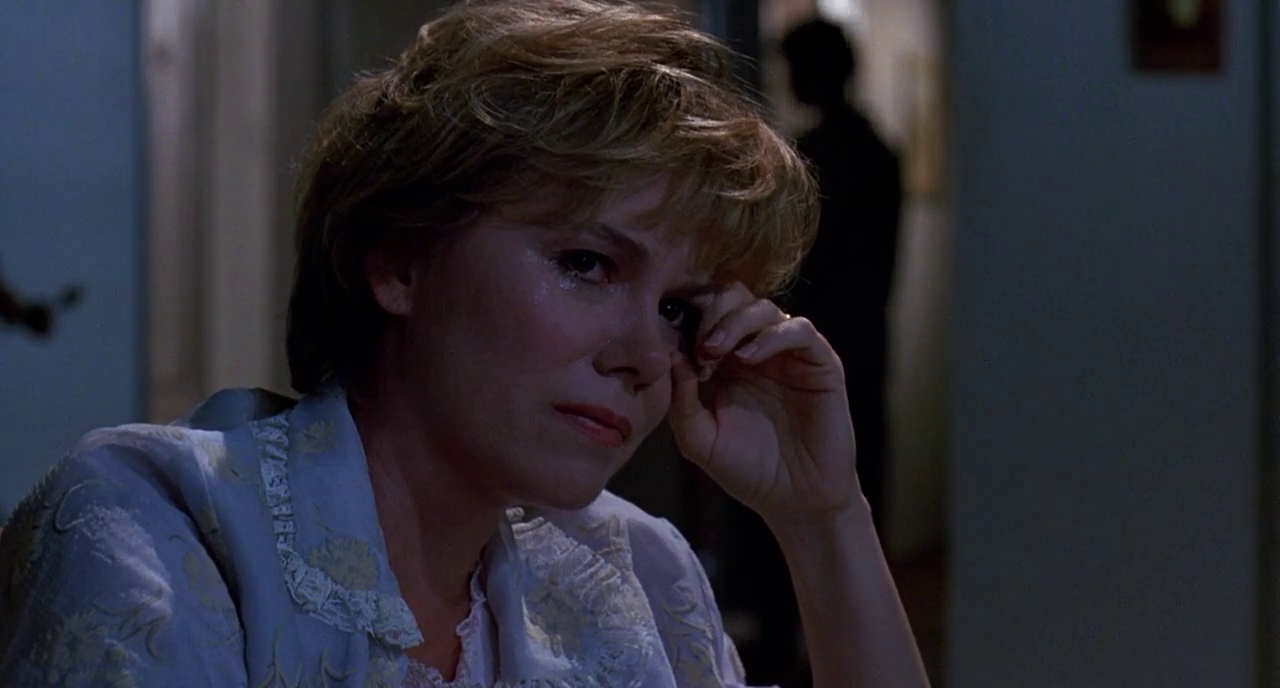