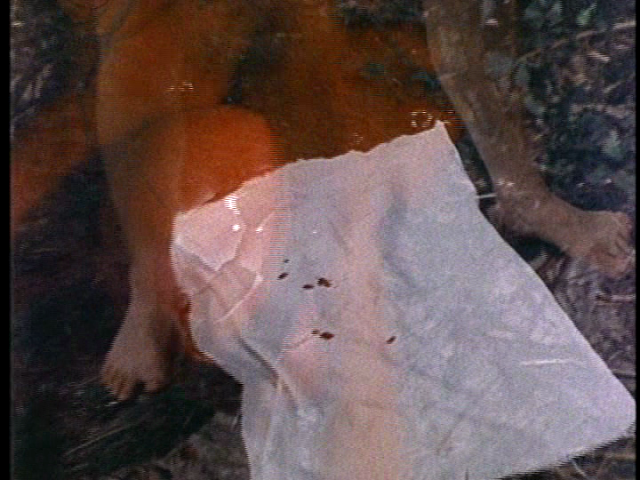 There’s this Heavens to Betsy song that surfaced out of the riot grrrl movement entitled My Red Self , it’s an angry anthem about how menstruation is treated as something to cover up and hide by society at large. In that song Corin Tucker would sing “So you make me hide the truth from you” and it’s a direct attack on how a normal bodily function is treated as something to shield away and how unfair that is to those who menstruate. That song was recorded in 1993, nearly twenty years after Barbara Hammer made a short film with the same intentions. It’s embarrassing that nothing had changed in nearly twenty years. Second wave feminism led into third wave feminism, and today things are very much still the same. Only a few days ago Canada lifted their taxes on menstruation hygiene products, much to the chagrin of men who felt the tax should have stayed in place, even though the taxing of such products is ridiculous when if anything it should be a human right to have those products. Even then it’s been 41 years and nearly nothing has happened to de-shame menstruation cycles so Barbara Hammer’s, Menses still feels very relevant.

In style Menses feels connected to her previous feature Dyketactics, but her intentions are much more blunt this time, and instead of creating something sensuous and graceful in motion Menses prods at viewers aggressively. She still uses the dissolve technique and the nudity of women is present in almost every frame, but otherwise the sunny, warm textures of Dyketactics are replaced with dark reds that fill up the frame and in one case, at the close completely fill up the frame in a mural of women connected through a menstrual cycle. Menses is at its strongest when dissecting the notions of period blood as horror and turning it into a badge. In one frame a woman exists as a sanitary napkin completely covered with blood gushing out of her and staining the napkin before she rolls down a hill, and in another a woman stands before a white towel before droplets begin to form underneath her. She then takes the towel and drapes it around herself. This is a part of her, and not something she should be ashamed of, and that’s the general message of Menses whether it be conveyed through the dismantling of a Kotex box or through a blood mural in the final frames. 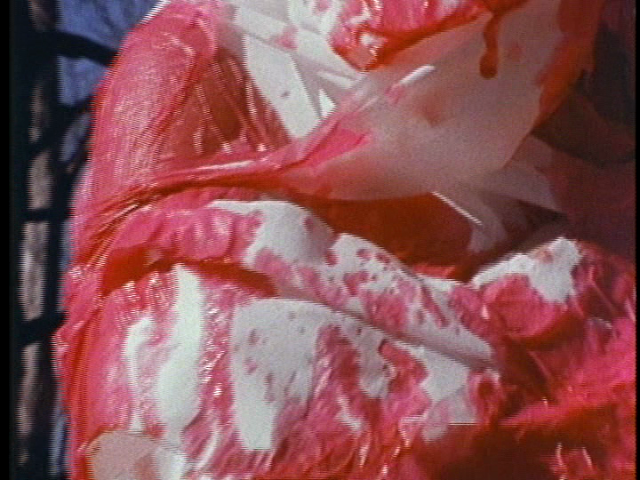