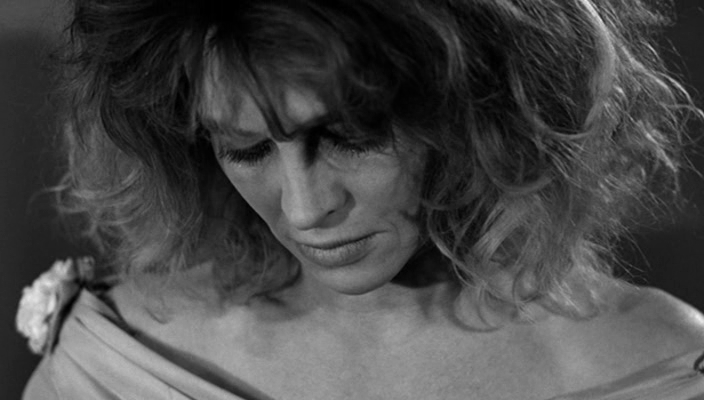 I find it charming that the first film I ended up viewing for this project in 2015 was helmed by an entirely female crew (outside of some actors), and specifically about the intersections between women and capitalism. Sally Potter finds herself creating a kind of dystopia, but one born out of real life problems faced by women, and in the context of today’s “Lean In” feminist discourse it remains all the more searing about capitalism’s blatant misogyny. Men follow our two women leads (Julie Christie and Colette Laffont) doggedly even though these women try to escape. Metaphorically linking the problems of breaking free from a patriarchal society and how that ties up in capitalism. Many of the same men that follow these women into back alley’s and up stair wells appear as their bosses in other scenes. In one moment Laffont is working inside of an office surrounded by desks and computers (this is reminiscent of The Trial in a modern setting in how it’s framed and how terrifying those rows of desks appear. The terror of the mundane is also present in 1991’s undervalued The Rapture), as she asks one question “What do these numbers mean?” her white boss speaks down to her and the film moves into a dream sequence where the men of the world literally sit on desks that appear ten feet in the air as any woman would have to look up to him just to get a response. It feels as if Terry Gilliam even references some of these same visual ideas a few years later in Brazil as this dream sequences is also made of shapes, cubes and also feels as thin as paper. 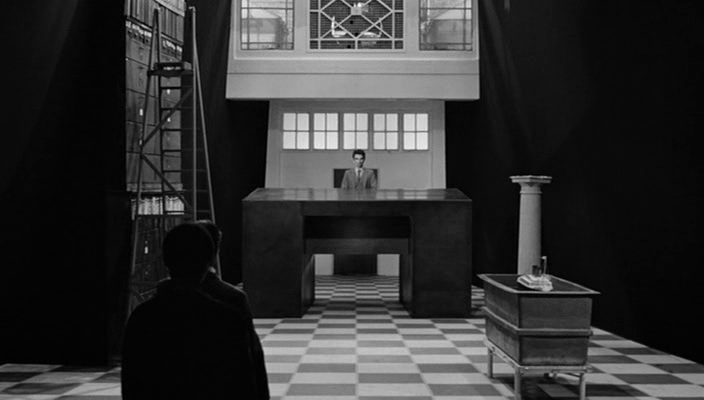 The film also has a fascination with how money effects celebrity. A matriarchal figure appears in queenlike fashion towards the end, but it isn’t so much a scene of success on her part for having broken through this system as it feels like a moment where her celebrity gives her the privilege of existing without the issues of finance. Men carry her around and preach about gold, but it doesn’t effect her. This is one of only two real scenes where women are seen as being above men on a visual level. The other scene features a dance, and echoes a “what if” scenario as women unshackle themselves from dancing men and embrace each other instead. They twirl around and the black/white colour scheme no longer fills the screen, instead it’s filled with transcendent whites as the men hit the floor and the women run off to do whatever they want. It’s a real sense of freedom, and plays opposite to the scenes where our two female leads cannot escape men. 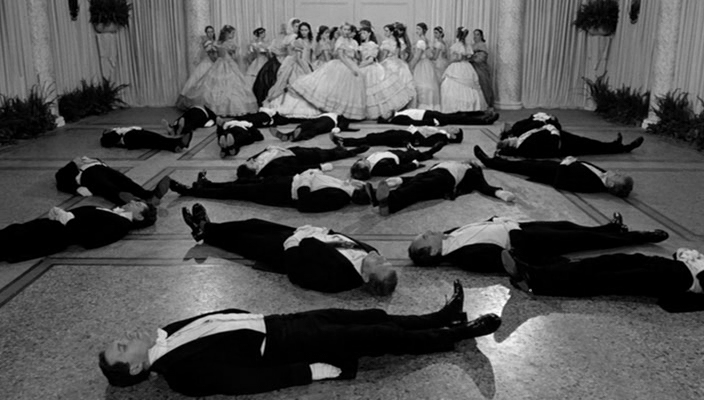 Gold Diggers doesn’t exist exclusively in the role of woman though, even if it’s more consistently about them. There are scenes where the problems of how our financial system effects men as well. The name of the film takes it’s cue from the recurring image of men hiking along a hill in the dead cold of an ice-y winter just trying to make ends meet for their families. The monochromatic colour scheme is only pierced by the clothes on their back as they hike and hike. They appear to be absolutely miserable; cogs in a machine, and ultimately working towards their own dead end as they walk into nothingness. The other scene where men find themselves sympathetic is in the dream sequence I mentioned above in the computer workspace. One man continually does the motions of his superior. He mimicks his voice, his actions, he sits beside him, and this once again conveys a sense of being a cog in a machine. He’s kissing ass for forward mobility. 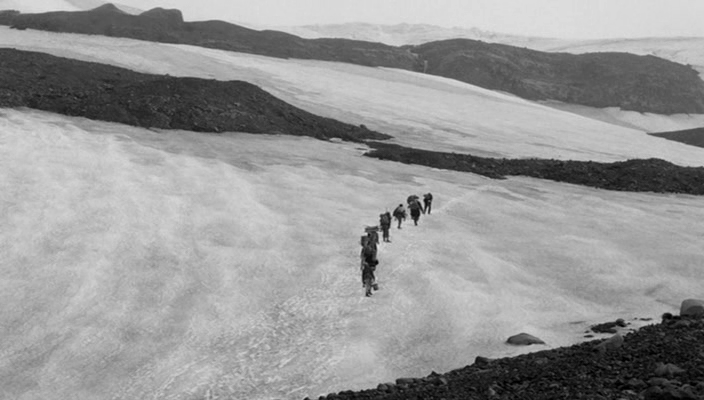 The Gold Diggers ultimately leaves me asking myself the questions of what does a capitalist system ultimately benefit, and the thesis of the picture would have you believe it is oppressive, and more specifically to women. 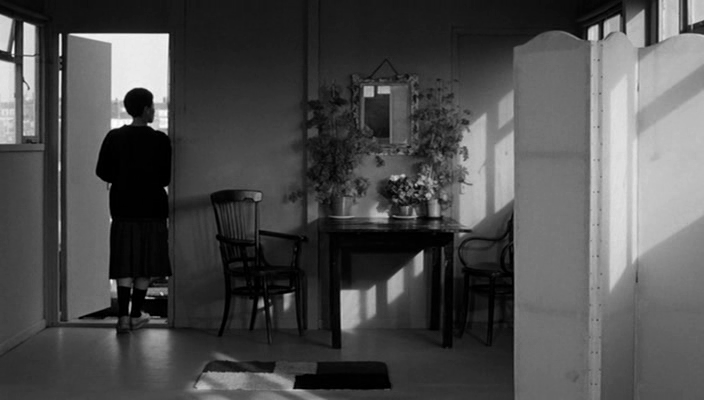