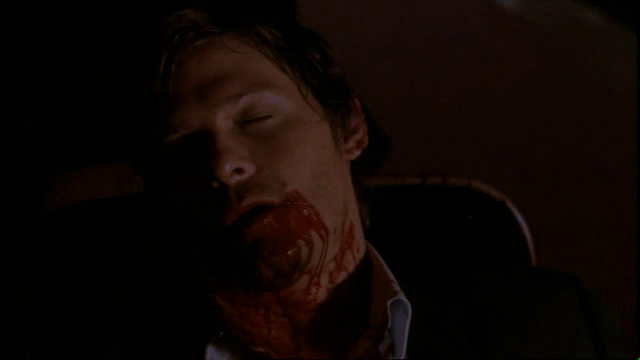 31 Day Horror Challenge
Cigarette Burns: Directed by John Carpenter
Film Write Up #2
Rewatch
What is the nature of cinema? What is the nature of horror? John Carpenter’s Cigarette Burns asks these questions through the lens of the horror landscape of 2005, but in truth this was something that had been building for a long time. The definition of horror is revulsion, and in the context of cinema the horror film can do more than just that, but it’s primary focus is still to repel or scare. In the 70s you had The Texas Chainsaw Massacre which evolved into Cannibal Holocaust and filmmaking kept moving further and further into the world of extreme violence within horror culminating with films like Saw,Hostel and the French New Extreme movement to encapsulate this feeling that horror was moving towards something far more graphic. Just how far could horror go when we’ve become so desensitized to violence that there are literally no more rules for what you can show? A better question is what does a film have to do nowadays to truly shock? In Cigarette Burns a hypothetical film exists that is so terrible and so horrific that it cannot be shown without causing murder among its audience members.

John Carpenter came to us through that cinematic realm of fright, and he made his home on the margins or terror, and this is his eulogy to a genre he didn’t have much use for anymore. John Carpenter is not the man who is going to rely on torture to get a rise out of his audience and he certainly isn’t going to be the man to break that trust that one character mentions here (audiences trust directors to guide them, but never take things too far). He grew up idolizing Howard Hawks, and even if his intentions got dark (The Thing) he was still aiming to entertain an audience. He wasn’t going to punish them with long takes of the worst aspects of humanity, because ultimately he is a humanist. He may make pictures about the end of the world, but his band of misfits are going to go out swinging if it kills them. However, in Cigarette Burns Carpenter seems a bit defeated. His strengths as a filmmaker are still present, but there are no heroes in this movie, and one could hardly consider it a film within Carpenter’s oeuvre, because it goes so far out of its way to damn the audience and the genre it’s discussing. What’s wrong with us that we want to see such horrible imagery? What if the horror of the on screen image in horror pictures was suddenly turning up in cinemas due to the effect of a film? Would we deserve it for wanting to see such horrible things? Cigarette Burns answers with a resounding yes. 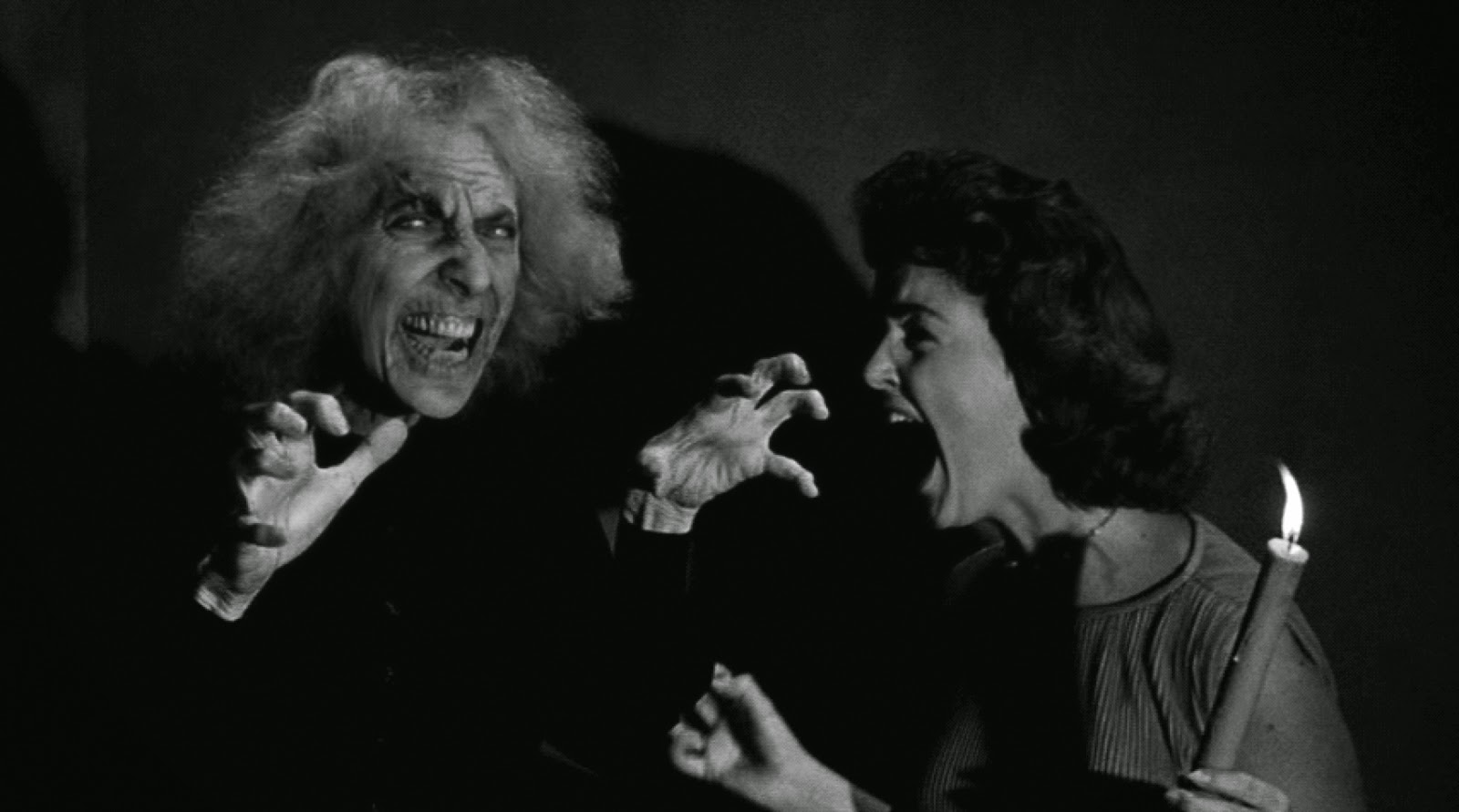 Film #1: House on Haunted Hill
Directed by: William Castle
rewatch
A piercing scream echoes through the black fog of the first frame in House on Haunted Hill. Horror in a nutshell. A singular moment that encapsulates the desire every director wants to achieve who works in this genre of revulsion. Audiences flock to cinemas to be frightened by the unknown. They wouldn’t dare wish these occurrences on themselves in their own real lives, but in those dark areas of cinema they can almost reach out and touch terror. Safety in not wanting to feel safe. The beauty of screaming, death, ghosts, terror and the end. It’s beautiful isn’t it?
One house, five people, ten thousand dollars to anyone who can survive, and thus opens up Castle’s playground. House on Haunted Hill has always reminded me of a board game. The premise just screams dice rolling with friends. Castle is a populist director to the fullest degree, and he wanted his cinematic experiences to even sometimes more closely resemble amusement park rides. House on Haunted Hill falls very much in line with the type of gimmick filmmaking he was known for, but this time it’s handled in the plot, and enough winking at the camera to offset any sort of suspension of disbelief. He wants you to know you’re watching a movie and most of all he wants you to have fun.
Vincent Price is the grandmaster of ceremonies here, and while the plot sidesteps survivalism for the perfect murder everything still runs through his dungeon master etiquette. He’s the man with the money, and the power, and he’s exactly why some of these guests are planning to kill tonight. It doesn’t always make a ton of sense, but Price is such a pro that he can carry even the most convuluted of plots (and this one is pretty silly). He’s basically the reason to watch this movie, and since I’m a huge Vincent Price fan there is more than enough to warrant this film’s pseudo classic haunted house film status, even though it couldn’t be further from a pure haunted house picture like The Haunting.
William Castle isn’t exactly a craftsman in image or themes, but he knows that his films are horror pictures of simple pleasures, and really that’s enough when the players are this game. However, there are a couple of inspired sequences. The opening that lays out the exposition of the picture and the rules of the game so to speak is extremely strong. The scene featuring the one servant of the house floating by on a skateboard is also one of the best jump scare moments in horror from this time period. There isn’t much to grasp onto underneath the narrative’s dual premise of perfect murder and haunted house, but I can’t help but embrace a film where Vincent Price has skeleton friends and the final moment is a warning that the audience is going to die next. It’s pure schlock, but I love it.